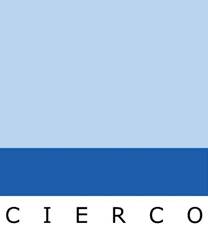 Forthwind Ltd (company registration SC470580) was granted consent by Scottish Ministers on 21 December 2016 under section 36 of the Electricity Act 1989 to construct and operate 2 offshore wind demonstration turbines with a generation capacity not exceeding 18 MW. The project is located off the coast of Methil in the Firth of Forth. approximately 1.5km offshore with a total area of 1.214 km2 (central latitude and longitude co-ordinates: 56°10’24.07’’N 003°01’19.06’’W (WGS84)).
Since the consent was awarded, Forthwind have re-evaluated the project and have identified the need, due to recent and forecasted improvements in the wind turbine technology, to vary the maximum generation capacity limit from 18 MW to 29.9 MW.

Therefore, in compliance with the requirements of:

Forthwind submitted a variation application to Marine Scotland on the 12 December 2018 to amend the S36 consent to accommodate the increase in generation capacity.

This application is to increase the generation capacity limit only and will not change any other parameter of the consented project envelope. The variation will not change any of the inputs to the existing environmental assessment (including the HRA addendum) and therefore the environmental assessments already undertaken will not be affected by this application.
A notice of the variation application will be placed in the Fife Courier for a two week period and The Herald Newspaper and the Edinburgh Gazette for a one-week period. A notice will also be placed in Lloyds List and Fishing News.

A hard copy of the variation application is available for inspection, free of charge, during normal office hours at:

A copy of the variation application can be accessed here: 181220 Forthwind Variation Application C1

The subsequent HRA addendum (April 2016) can be accessed here: https://www2.gov.scot/Topics/marine/Licensing/marine/scoping/FW-Methil/forthwind-addendum